This is the English at their unashamed patriotic best.  Land of hope and glory!

One hundred concerts are performed each year, over an eight week period, in London’s Albert Hall (take a virtual tour), for ‘promenaders’.  This is really an old-fashioned term for English  ‘commoners’ who pay less than normal to walk in and hear a classical music performance.   The last night is particularly famous and spectacular.

Yes, we English have had a strong colonial history.   Many nations, tribes and indigenous peoples were subjugated and dominated as Britain rose to become a major global power.  But I offer no excuse.   We were not alone in the battle to control international trade by subdueing other nations.   All European countries, and beyond, fought for this crown.  Nation building has always been accompanied by acts of aggression to claim golden fleeces. England is not alone in that.

Yes, let’s not forget the ancient Britons who rose from the ashes after the Romans conquerors had fallen from power and left the Britannic camp.  Let’s not forget the trouncing these Britons then received at the hands of Saxons, Jutes, and Vikings, and goodness knows who else.  Peoples who all thought this ‘green and sacred land’ too good to leave alone and piled in for one great post-Roman territory-taking orgy.  And when this raping, pillaging party was all over, with invaders sharing the land’s spoils and finding their own quarters in which to settle, the French then came along and swiped the lot.   Yes, the English have colonized other lands, but then our own history is one of having been colonized too.  In world history, invasions and colonialism has been a universal fact. 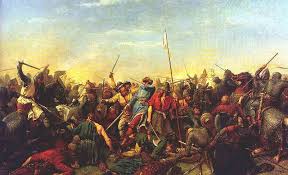 This colonization of England created a hardy English breed:  A mix of all the bloodthirstiest nations of Europe and Scandinavia. Colonialism and conquest are hard-fought affairs.  As culture is spawned from the death of nature, controlling natives made England the country it is.  Yes, thankfully, these are archaic sentiments in today’s modern world where colonial powers crumble and the emphasis is changing from the piratical ‘take’ to the humanitarian ‘give’.  I don’t support our colonial past and the murders committed in its name one iota.

Yet, through the wars of the passing centuries, through the shifting alliances and grand global games, tiny England established its presence out of all proportions to its size. ‘ This royal throne of kings, this sceptered isle, this earth of majesty, this seat of Mars…This happy breed of men, this little world, this precious stone set in the silver sea…This blessed plot, this earth, this realm, this England’. (Shakespeare. King Richard II).  This is the England celebrated during ‘the last night of the Proms’.  As an Englishman I must acknowledge our heritage and acknowledge our own historical acts of aggression.  I do.  But I can also  be proud of our achievements, our cultural identity, and the principles of democracy and human rights that we now strive to uphold.   ‘ We shall defend our island whatever the cost may be; we shall fight on beaches, landing grounds, in fields, in streets and on the hills. We shall never  surrender…’ (Winston Churchill. 1940).  This is the fighting spirit of England, born through its long history, that still keeps the country at the forefront of global affairs as a standard bearer of freedom and ‘The Rights of Man’.

2 comments on “Last night of the Proms”